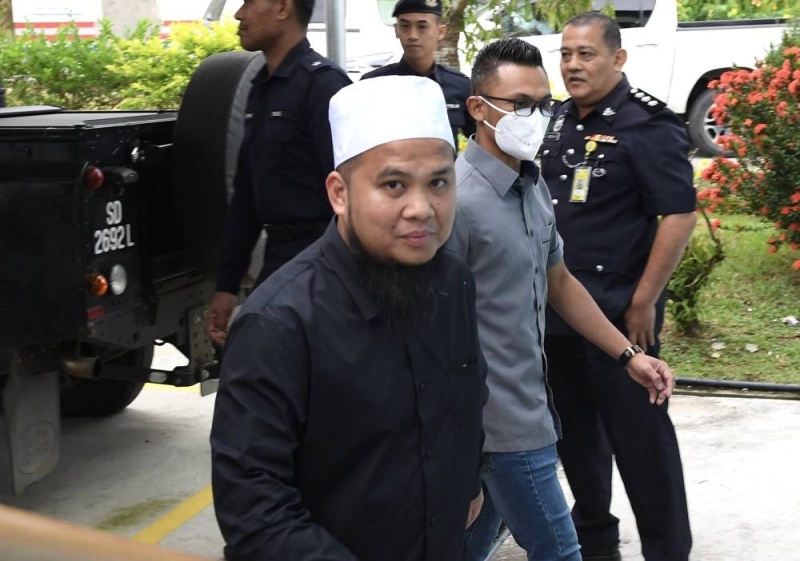 A motivational speaker who assisted a victim of sexual harassment involving the well-known preacher took the witness stand as the trial in the sexual harassment case involving Ebit Irawan Ibrahim Lew, also known as Ebit Lew, got underway today at the Magistrates’ Court in this city.

Mohd Fairuz Abu, 37, said in court that a woman using a fictitious name contacted him on WhatsApp after he posted on Facebook on July 26, 2016, about a preacher who had engaged in sexual harassment of a woman.

“In the beginning, she did not introduce herself and mention her name. She asked me who was the individual (preacher) I was referring to in the post.

“When I mentioned that it was related to Ebit Lew, the woman shared with me screenshots of Ebit Lew’s conversation with her, as well as pornographic images (of genitals) sent by Ebit via WhatsApp,” he said in front of Magistrate Nur Asyraf Zolhani in response to questions from Deputy Public Prosecutor Zahida Zakaria.

In addition, according to Mohd Fairuz, he provided the screenshots the woman shared to Firdaus Wong, a lawyer for the accused in a case involving a different woman.

When Zahida questioned Mohd Fairuz about what he did after providing the screenshots to Wong, the witness replied that on July 27, 2021, he called the victim to hear the entire timeline of the harassment.

“In the beginning, she was scared and felt insecure to share. However, after I calmed her down, she shared everything from ‘A-Z’ (from beginning to end).

“I suggested to the woman to lodge a police report, but she was afraid and said: ‘I’m just a small person. Ebit Lew is a big personality. So, I don’t want to lodge a report”,” he said.

After he made the recommendation, according to Mohd Fairuz, the woman requested some time to talk it over with her husband before filing a police case on August 7, 2021.

According to Mohd Fairuz, who claimed to have personally met the woman, he was able to recognise her in court.

Lew, who was seated on the witness stand, was also recognised by the witness.

Lew, 37, is accused of insulting the modesty of a woman in her 40s by sending vulgar text messages to the victim’s phone number between March and June of last year. Lew is charged with 11 counts.

The Penal Code’s Section 509’s punishment for the offence is a maximum five-year prison term, a fine, or both.