Despite defeat in the Punjab by-elections, the government will finish its term, Saad Rafique 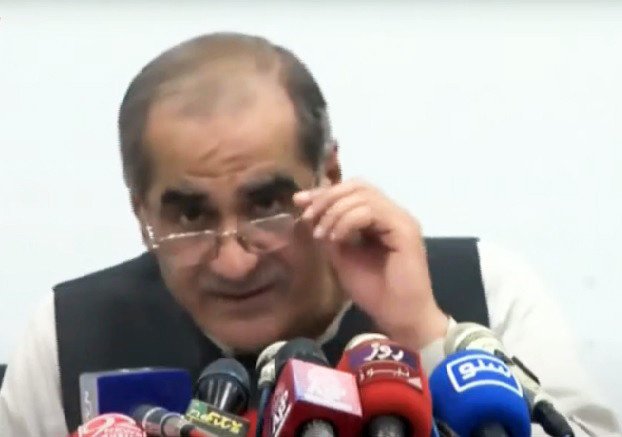 Despite suffering a significant defeat in the Punjab by-elections, the coalition government led by Prime Minister Shehbaz Sharif has declared that it will serve out its full term under the constitution.

“We took office in the national interest overall… After a crucial meeting of PDM alliance parties and government officials held in Model Town, Lahore on Tuesday to discuss the country’s political and economic situation, Railways Minister Khawaja Saad Rafique said during a joint press conference. “we knew they [the PTI government] had laid economic landmines for us, but we took tough decisions to save the country.”

The railways minister claimed that the Punjab by-elections were not a reliable indicator of public opinion and added that his party had won five of the PTI’s seats in the provincial parliament.

Imran Khan, the head of the PTI, is described by Rafique as a “misguided and mischievous” man who has always engaged in politics with the help of “umpires.”

In an effort to exert control over them, he wants the chief judge, army chief, and other [leaders of institutions] of his choosing, the source continued.

The leader of the ruling party claimed that during the PTI-led government, opposition figures were jailed and subjected to persecution, “but the judiciary was asleep at that time.”

He said that the Pakistan Muslim League-Nawaz (PML-N)-led coalition government has determined in principle that the country’s upcoming general elections will be held on schedule since ally parties refused to cave in to pressure from former prime minister and leader of the PTI Imran Khan.

Imran Khan, who is now enjoying the success of the Punjab by-election, reaffirmed his demand for new elections to be held across the nation with a new chief election commissioner on Monday (CEC).

Speaking to the public after presiding over a PTI Core Committee meeting, the former prime minister emphasised that holding immediate, free and fair elections was the only way to put an end to the nation’s current political crisis.