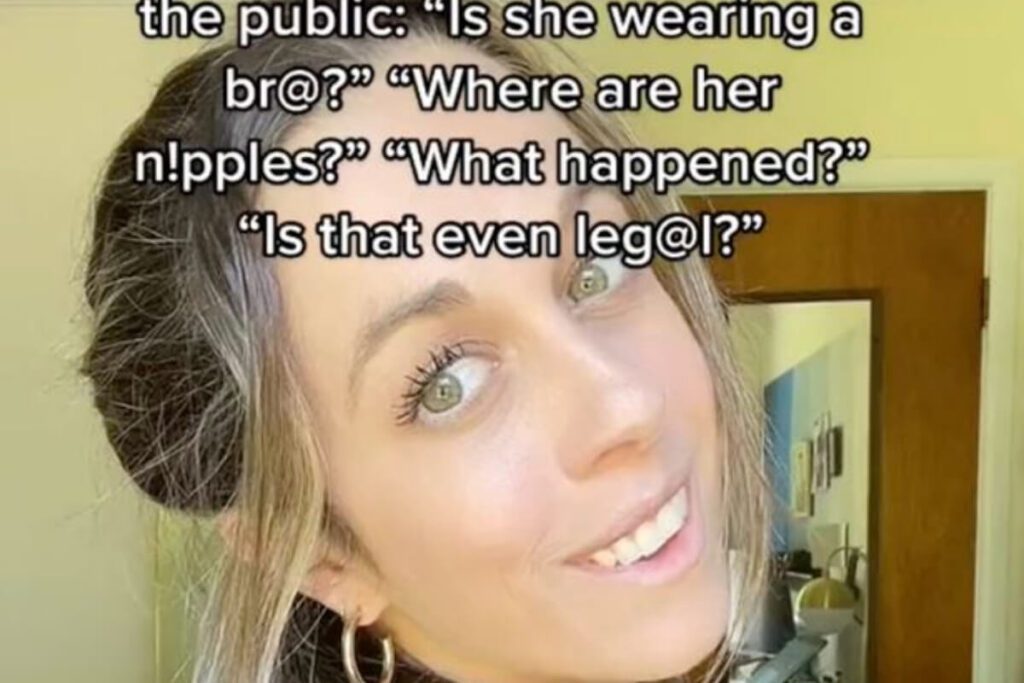 After leaving the house wearing a see-through mesh top and no bra, a woman with no nipples “confused” the public.

Dani Trops suffered a double mastectomy to save her life after surviving breast cancer.

Dani’s nipples were removed because her tumours were so close to them, and incisions were made across each of her breasts.

Dani has taken it upon herself to spread awareness about breast cancer and mastectomies on TikTok where she has already amassed 245,000 followers despite having scars across her boobs.

However, it wasn’t without trolls and some ignorant user remarks.

Dani wore a black see-through top without a bra in a recent video that has received 21.4 million views.

The health activist boldly displayed her breasts and the scars from her invasive surgery. 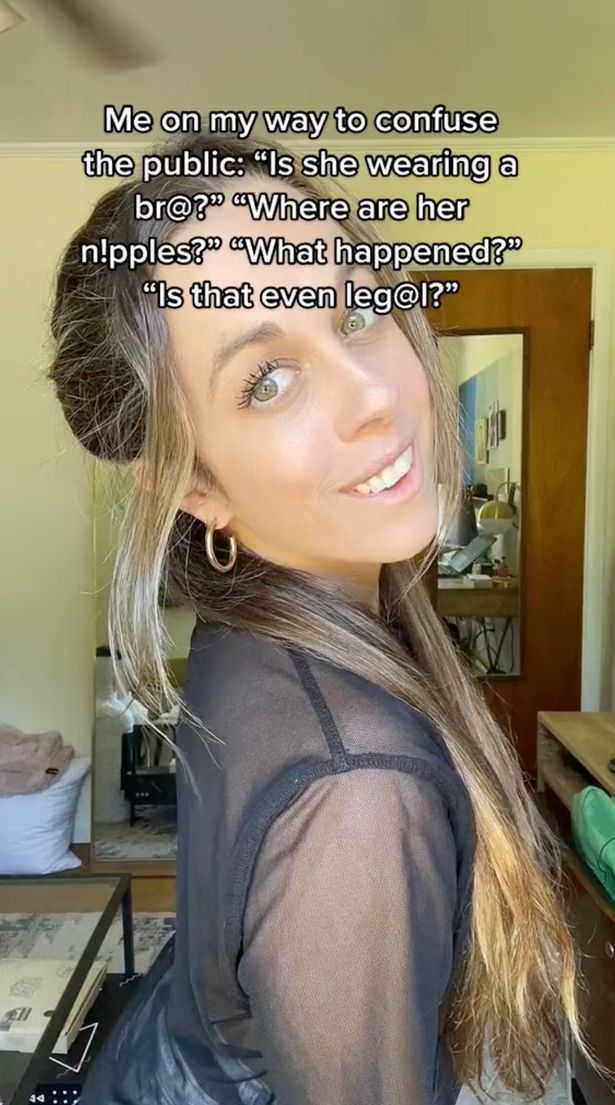 She explained: “Me on my way to confuse the public.”

Dani then shared some common phrases made by strangers when she goes out in public in a see-through top with no bra on.

“Is she wearing a bra?”one questioned. “Where are her nipples?” another added.

And, this person fretted: “What happened?”

Someone even asked if Dani wearing no bra was “legal.”

People who were similarly perplexed as she was began to flood her comments; some even thought she was simply wearing boob “tape” to conceal her nipples.

Informing people about cancer while blowing minds one day at a time, Dani replied.

In an effort to educate users on TikTok about cancer treatment, Dani has provided further details about her double mastectomy since the video went viral.

She said: “In that video what you are probably seeing as tape, is actually my scars.

“We just have to give it up for my surgeons as they did an impeccable job at reconstructing everything and making it look so beautiful in my opinion.

“I’m just so incredibly grateful and just feel really confident in what they did.

“I try to show strength, beauty and inspiration through my scars which is hope helps others feel empowered.”

Inspired by Dani, many people fled to the comments to praise her for spreading awareness about breast cancer.