Coy Gibbs dead at 49, Cause of Death 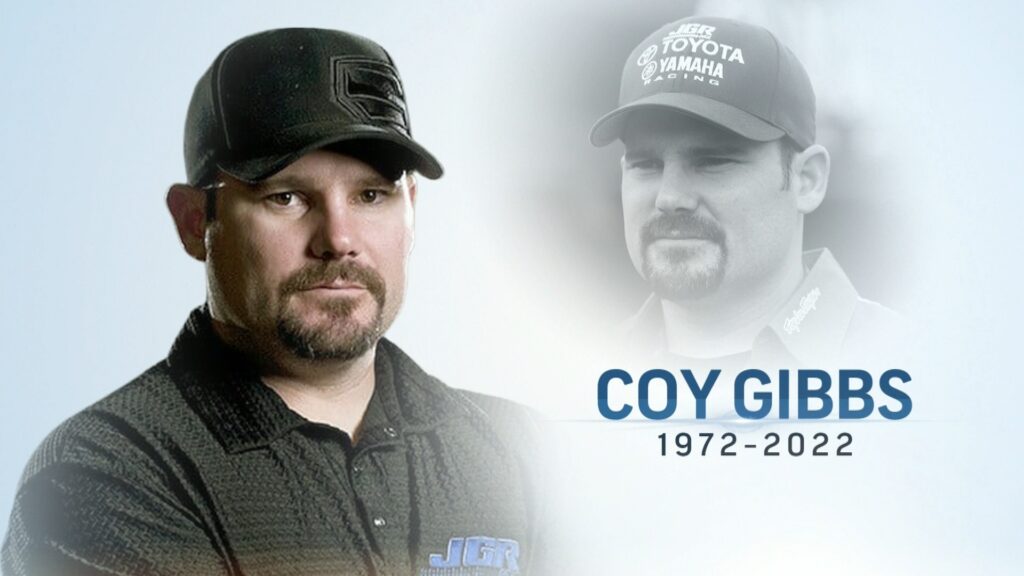 The day after he saw his son Ty win the 2022 Xfinity Series championship on Saturday, the veteran NASCAR racer and NFL coach passed away.

Coy’s passing was confirmed by Joe Gibbs Racing in a statement posted on Twitter on Sunday.

“It is with great sorrow that Joe Gibbs Racing confirms that Coy Gibbs (co-owner) went to be with the Lord in his sleep last night,” the organization said.

“The family appreciates all the thoughts and prayers and asks for privacy at this time.”

“On behalf of the France Family and all of NASCAR, I extend my deepest condolences to Joe, Pat, Heather, the Gibbs family and everyone at Joe Gibbs Racing on the loss of Coy, a true friend and racer,” he said.

Joe Gibbs, an NFL Hall of Famer, is the father of Coy.

The Washington Commanders of the NFL, who also released a statement on Gibbs’ demise, employed the younger Gibbs as an assistant coach. The younger Gibbs was a former NASCAR driver.

“I’ve been through this before in multiple sports. Ty hasn’t,” Coy said.

“So, it was more watching him and seeing how he’s going to react during the day.

“I think he’s just doubled down and did his job after making a huge mistake last week.

“It was fun to watch that.”

Ty withdrew from the Cup Series race on Sunday, citing a family emergency.

Coy made his NASCAR debut in 1994 while playing linebacker for Stanford University.

In 2016, Coy was appointed COO and Vice Chairman, in charge of the NASCAR initiatives.

Gibbs and his wife Heather had four kids.

2019 saw the death of his brother J.D. from a neurological condition.

Fans shared condolences for the family on social media.

“I’m so sorry. Prayers to the Gibbs family,” one said.

“Praying for ty and the whole Gibbs family,” said another.

“May Coy Gibbs rest easy and my thought and prayers are with the Gibbs family,” said a third.