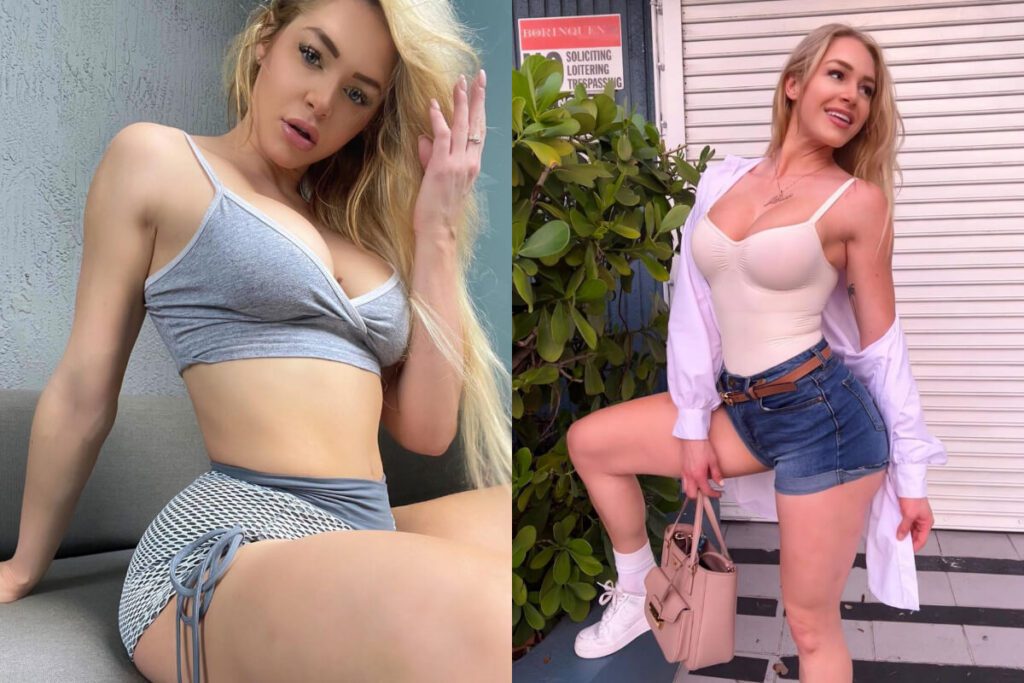 According to his grieving family, OnlyFans actress Courtney Clenney deserves to rot in prison for the rest of her life for fatally stabbing her partner.

A lawyer for Christian Obumseli’s relatives stated on their behalf that the model, 26, should never be released from prison for killing the man, 27, at their Miami residence.

Four months after his passing, she was detained and charged with second-degree murder in Hawaii. He claimed that this action had restored their faith in the legal system.

In their opulent apartment in Miami’s Edgewater neighborhood’s One Paraiso building, Clenney is accused of stabbing her partner in the chest on April 3.

However, she stated that she only stabbed Obumseli when he grabbed her by the throat.

The model was jailed on Wednesday while receiving treatment for substance abuse and PTSD at a rehab facility on Hawaii’s Big Island. 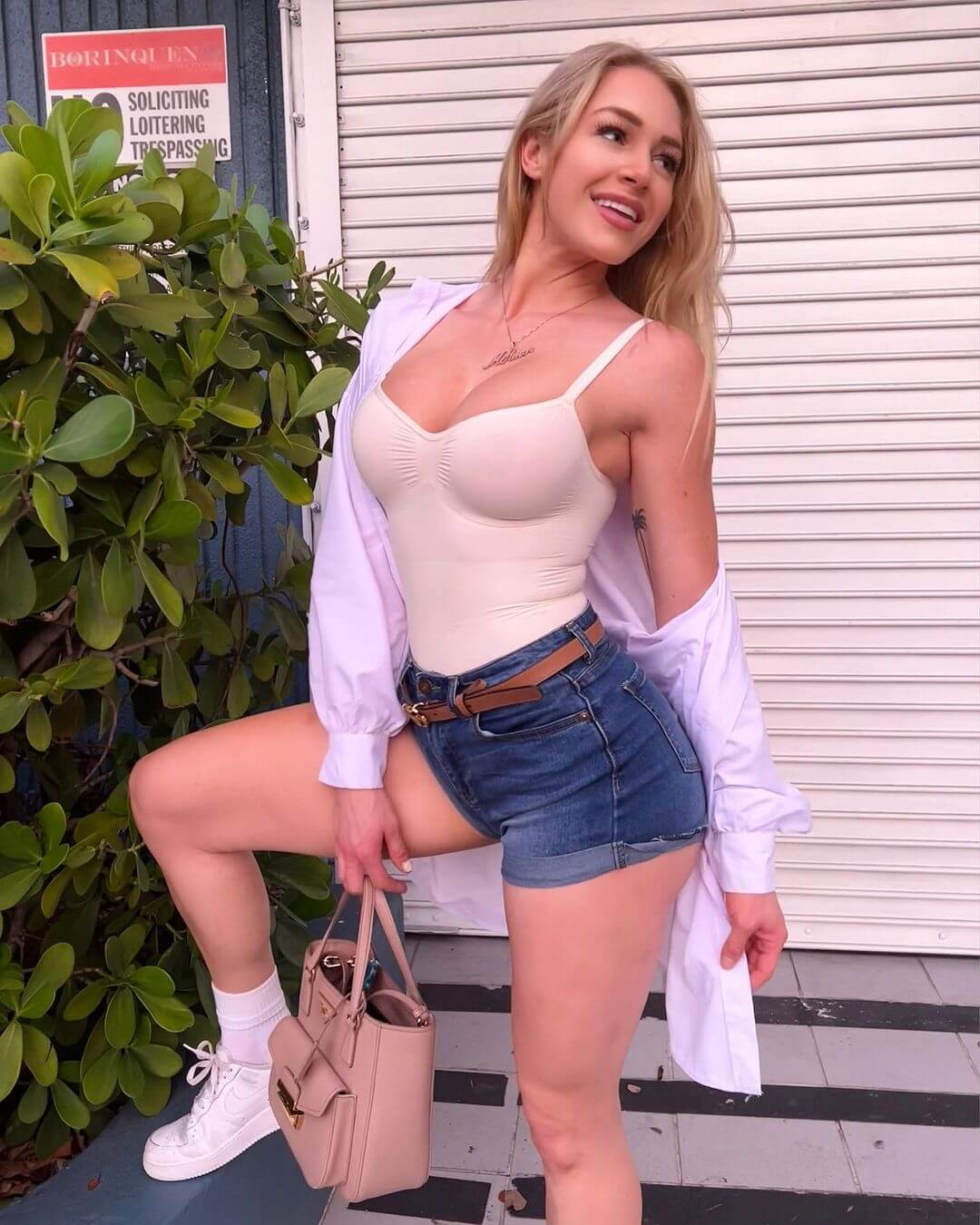 Following Clenney’s arrest and indictment, according to Larry Handfield, the family of Obumseli’s lawyer, their trust in the legal system has been restored.

Hadfield claimed that for a long time he had promised the Obumseli family of their ability to bring Christian to justice.

He urged Miami police to resume the case by describing to the Miami Herald how officers responded to complaints of domestic violence by visiting the couple four times.

Christian’s brother Jeffrey wrote on Instagram on Friday about how he felt about her imprisonment.

The arrest and charge of Courtney Clenney for the murder of my brother Christian Tobechukwu Obumseli on April 3, 2022 by the Miami-Dade State Attorney’s Office is progress despite the disdain and unfairness my family faced. Even though it was delayed for 129 days, her arrest moves us one step closer to justice,’ he said.

“The SAO’s probe backs up what we’ve said from the start,” we said. This wasn’t a self-defense move. Toby suffered from spousal abuse. Jeffrey Obumseli wrote, “Clenney savagely stabbed him in the chest from behind when he was unarmed.” 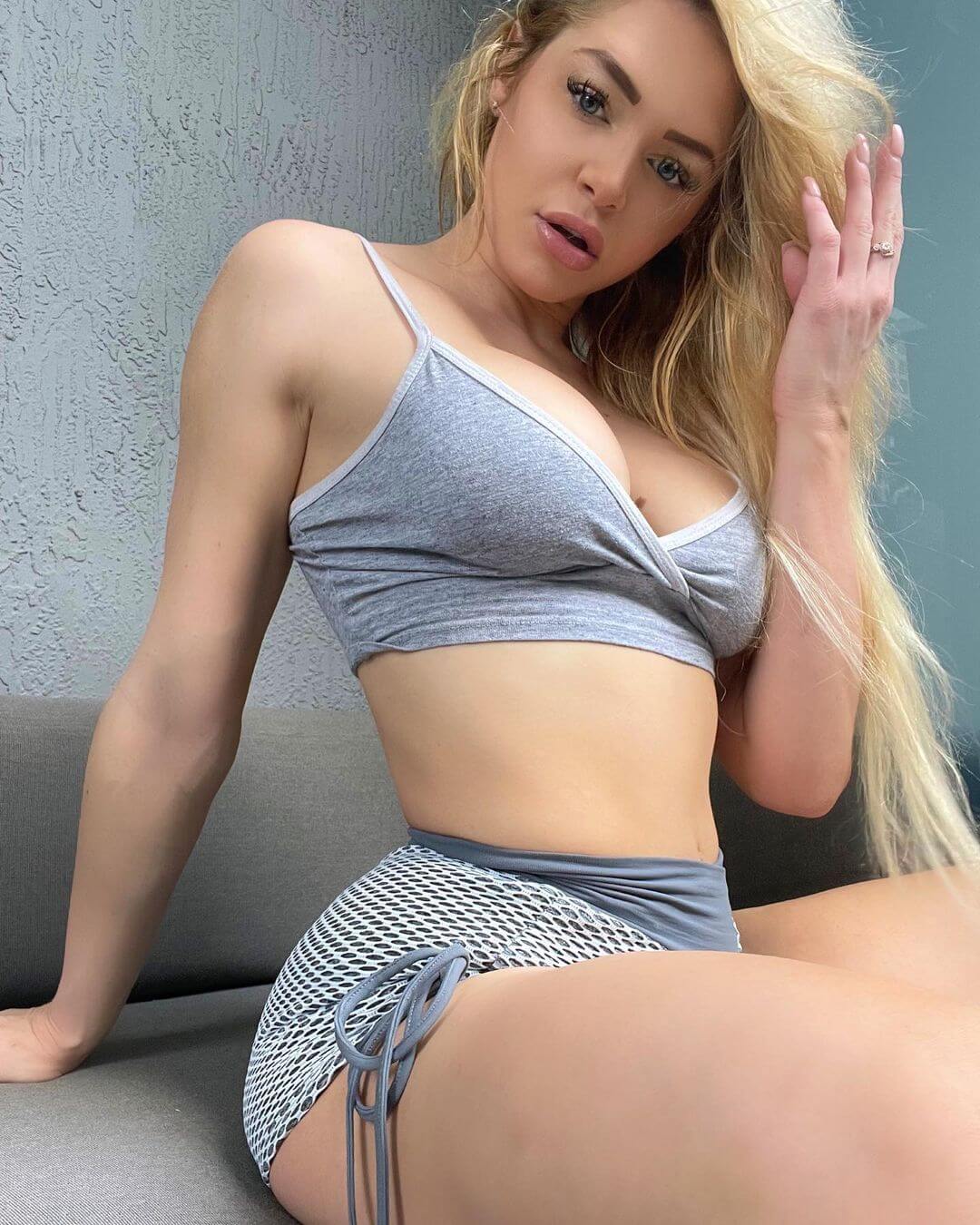 After reading the report, which revealed that Clenney spoke to her mother twice over the phone for a total of almost 13 minutes, I was overcome with strong emotion.

She waited 13 minutes, which felt like an eternity to Toby, before dialling 911 as my brother bled down on the floor.

Toby’s death was not necessary. Equal justice is required by the law in response to his murder, he continued.

“On behalf of the Obumseli family, I would want to express my gratitude to everyone who has supported, fought for, and prayed for us throughout this tragedy.

“The help got me through the darkest period,” she said. In the ongoing struggle for Toby’s justice as well as the fights against systematic racism and domestic abuse, Clenney’s arrest represents a little communal success.

I genuinely would give anything to still have Toby with us today. Nobody else deserves this except him.

The extradition of Clenney to Florida, where she will stand trial for the stabbing death of Obumseli, was approved by the judge in Hawaii’s court on Thursday.

She appeared in court wearing a black tank top and flowered trousers and waived her right to a hearing before extradition before deciding to return to Florida.

Last Wednesday, the model was held at a rehab facility on Hawaii’s Big Island, where she was receiving treatment for her substance abuse and PTSD.

After Obumseli grabbed her by the throat, Clenney said she stabbed him in self-defense.

Clenney’s lawyer, Frank Prieto, asserted that she attacked Obumseli in self-defense after the latter stalked her for a number of weeks.

Obumseli attacked the Instagram celebrity, forcing her to stab him, according to Prieto. According to him, the relationship between the two had been “tumultuous” for less than two years.

Obumseli, according to Prieto, was the abusive spouse in the relationship.

In a statement to The Post, he said that Obumseli was the worst kind of abuser.

“When he felt no one was looking, he would mistreat and exploit Courtney in secret.”

He struggled to deflect her attacks as she slammed the touch screen of the elevator, slapped him, pulled his hair.

Prosecutors threw out a mountain of evidence they had gathered against Clenney and published the video as a result.

There were claims that the couple, who had been dating for two years, had split up numerous times between January and the beginning of April this year.

Just days before she killed him, she is said to have ejected him from their opulent apartment in the final week of March.

In the meantime, the docs described how they would fight when they were living in Austin, Texas, with her allegedly throwing a large painting from their balcony.

They also seem to discount the model’s assertion that she flung the knife across the room from a distance of more than 10 feet, claiming that it was an up-close-and-personal incident.

Police discovered Clenney in her Miami condo covered in blood, but she was later freed on the grounds that she may have acted in self defence.

In the brief video, which lasts a few minutes, the pair enters the elevator as Clenney taps the touch screen to select a floor.

She turned to face Obumseli as he appeared to be attempting to calm her down and brutally attacked him by repeatedly pushing and slapping him.

Before striking him in the side of the head, she leaped up, grabbed his hair from behind, and forced his head back.

The victim attempted to restrain her while tucking her under his arm before pressing the elevator’s floor button.

He attempted to parry her violent blows, but she continued to throw repeated assaults on him.