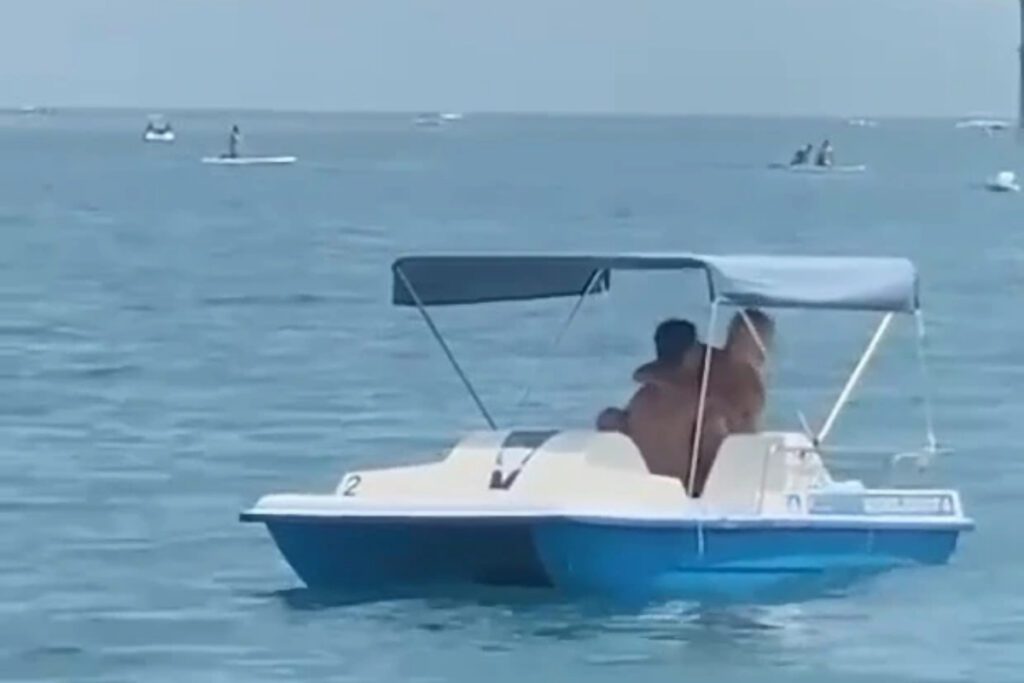 THIS was the outrageous couple’s shameless pedalo romp in front of tourists who were in a state of shock.

To the delight of bystanders, the amorous couple was photographed in the act in broad daylight.

As others paddleboarded nearby, video captures the daring couple acting as though they were having sex on a boat off the shore of Sochi, Russia.

The blonde woman can be seen flexing her legs and making thrusting motions.

One can hear the people filming the heated session laughing and seeming uncomfortable from a boat only a few yards away.

It’s unclear if the incident is the subject of a police investigation.

A Google Street View camera captured another pair appearing to be having sex over a car bonnet at the side of the road.

On a South Australian highway, a man could be observed standing behind his partner while drinking a beer with one hand and having his shorts partially down.

And just before the woman was scheduled to go before a judge, a different pair was caught on camera having sex three times in the courtroom.

The promiscuous pair received 60 hours of community service each as punishment for the obscene act.

Cameron Francis, the police prosecutor, claims that Leeding was seen on camera straddling Quinn while the couple kissed “vigorously” at around 9.40am that morning.

After that, Leeding was seen raising up her skirt, climbing up onto Quinn, and bouncing up and down.

Quinn scrambled to hide himself as Leeding leaped off of him as security approached the clueless couple.

The shady pair resumed their fight after security had disappeared from view.

They were interrupted by a volunteer court employee, but the couple persisted for a third round.