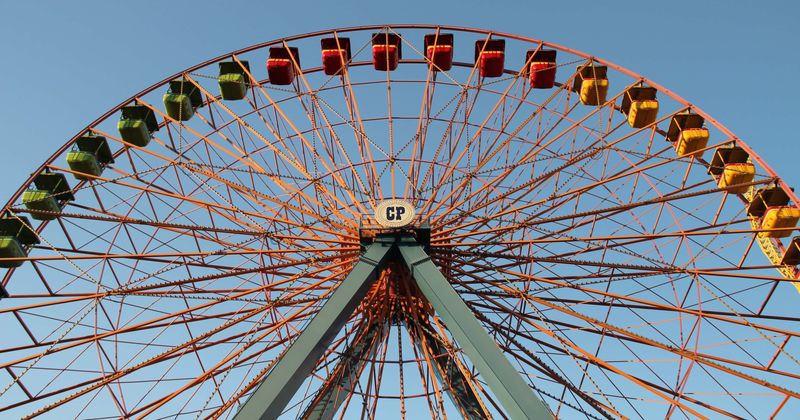 Due to allegations that they had sex while riding the Ferris wheel at Cedar Point, a couple’s fairly adventurous outing has gotten them both into legal problems. Both face accusations of public obscenity.

On the Giant Wheel at Ohio’s Cedar Point amusement park, witnesses reported seeing a man and a woman having sex. Sandusky police were informed of this information. Two young people in a gondola cart on the big wheel just beneath the pair were among the witnesses, it was claimed. They claimed that they witnessed the couple expose themselves and that they could feel the trolley swaying. On August 14, around 10 p.m., the trip came to an end, and Sandusky police were then called to the area.

According to a police report obtained by WBNS, witnesses who saw the two adults engaging in sexual activity in the Giant Wheel ride cart above them reported the incident to the police. A police sergeant and security personnel then confronted David Davis, 32, of Ruskin, Florida, and Heather Johnston, 32, of Miamisburg, Ohio. Additionally, they claimed to have seen the man’s genitalia and the woman’s naked buttocks. According to the article, “they also said that they could feel the cart trembling and see both the male and female moving back and forth.” It continued, “The group claimed that the pair was aware that they were being watched and began laughing and acting normally. The act “was quite distressing for the witness,” according to the authorities, who also observed that she was “very rattled up about what she witnessed.”

At first, the pair disputed the accusations. Johnston said to the police that she was wearing shorts underneath her dress and that Davis was assisting her in picking up a pack of cigarettes that she had dropped. They did, however, finally acknowledge having sex while on the ride. Because they engaged in the explicit conduct in front of children, Johnston and Davis were each charged with a first-degree misdemeanour at the Erie County Police Department after being detained at the site. On Monday, August 15, the pair showed up in court in Sandusky.

The theme park in question is at Sandusky, which is located roughly 60 miles west of Cleveland. The park offers 70 attractions, including the well-known Snake River Expedition for families and rollercoasters like Steel Vengeance. A bird’s eye view of the entire park is provided by the enormous Ferris wheel. “It’s not only roller coasters at Cedar Point. Thrill rides are just one aspect of it. Our rich history didn’t just start on a mile-long stretch of sand beach. Moments, memories, and connections are created at Cedar Point “said on the park’s website. These relationships are based on customs that date back more than 150 years and persist for generations. Following their Monday court appearance, Davis and Johnston were freed from custody after posting a bond.

Drone View of a Whale Swimming beneath a Paddleboarder – WATCH VIRALVIDEO