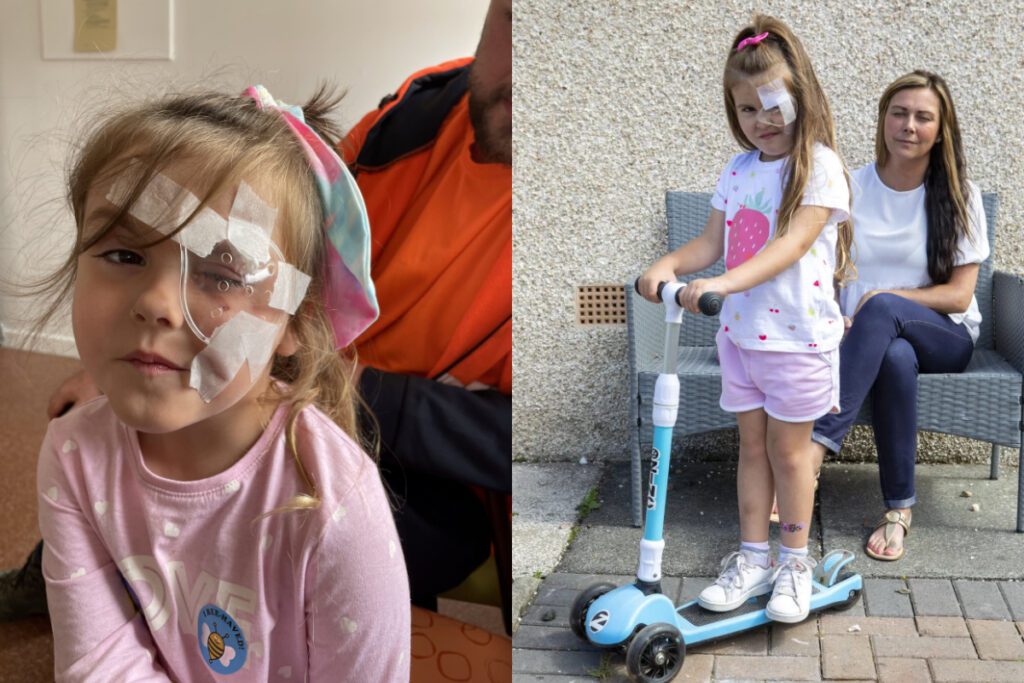 A YOUNG child, age 4, who was struck by her scooter in an accident has lost vision in one eye.

Coral Allan and her mother Amanda, 39, were wheeling along when Coral slipped and was struck in the face by the handlebars. The child’s left eye had stopped working by the following day, which prompted Amanda and her dad Ryan, 29, to take her right away to an eye doctor.

Coral’s injury was described as being really critical there, and it was advised that they head straight to University Hospital Ayr.

When Coral fell, she was scared and her eye appeared little sore, but she assured me she wasn’t in pain, according to hairstylist Amanda, who is from the nearby town of Stevenston, North Ayrshire.

“I continued checking on her throughout the day to see whether she could see okay, and at first she said she could.

Later, her vision began to become blurry, and by dawn, she was completely blind.

Following the mishap last month, Coral was transported to Glasgow’s Royal Hospital for Children for an urgent procedure to patch together multiple lacerations on her eyeball.

Mum-of-three Amanda continued: “Although they will try their best to restore her vision completely, she will probably require other surgeries in the future.

“Because her wounds must heal, it’s doubtful that we will see the outcomes until six to eight months.