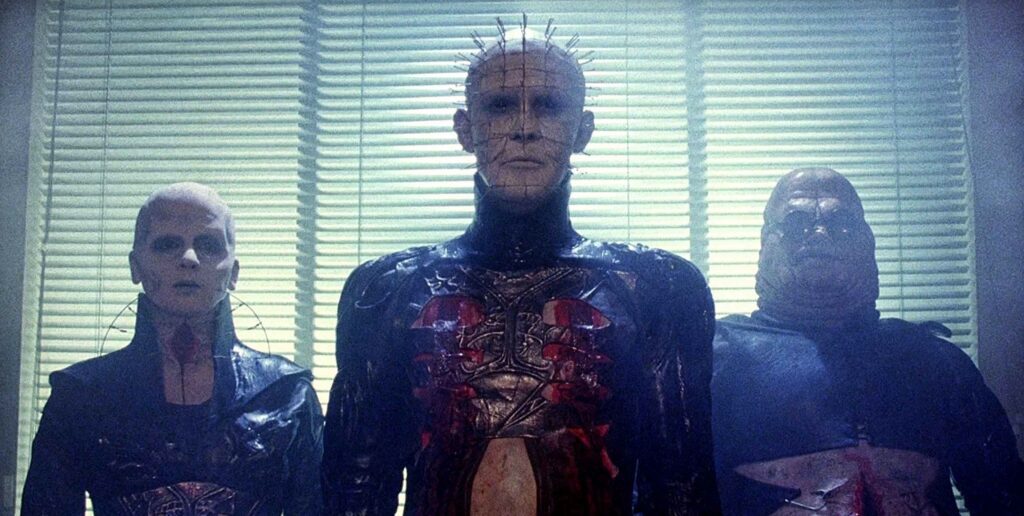 The official release date and a preview of Pinhead’s new appearance are provided in a spooky teaser for Hulu’s Hellraiser remake. In the same way that Hulu’s Prey revitalised the Predator series, the streamer’s adaptation of Clive Barker’s acclaimed horror novella The Hellbound Heart intends to revitalise the Hellraiser franchise. Many horror aficionados adore Barker’s 1987 film adaption and its sequel (which was helmed by Tony Randel), but later Hellraiser endeavours are frequently criticised as money-grabbing efforts to maintain the venerable series. But Doug Bradley’s portrayal of the Hell Priest, known as Pinhead, is the one aspect of the Hellraiser series that fans have always adored.

In the Hellraiser movies, the leather-clad Pinhead makes occasional appearances and gains in prominence in later films, although Jason Voorhees or Michael Myers never make an appearance. In contrast, the demonic entity and its Cenobite allies serve as neutral headhunters for their infernal realm of sadomasochistic sexual pleasure, approaching whoever opens their puzzle box, a gateway device known as the Lament Configuration. In his original novel, Barker portrays Pinhead as having androgynous characteristics; Barker and director David Bruckner utilised this description as the basis for casting Jamie Clayton as Pinhead in Spyglass Media Group’s Hellraiser revival for Hulu.

Although brief, the first piece of official advertising for Hulu’s Hellraiser adaptation offers the first genuinely good look at Clayton’s interpretation of the menacing Cenobite leader. Bradley’s appearance in the first two Hellraiser movies looks to be a design inspiration for the character. The little that is visible of Clayton’s Pinhead is made all the more terrifying by the fact that her makeup application is equally practical, just like that of her predecessor. Given the horrific tone of the movie, it makes sense to release the reboot at the start of the Halloween season.

Hellraiser’s early October debut not only makes sense given its gruesome subject matter, but it also enables aficionados of the genre to start the Halloween season with a thrilling new horror movie. If the teaser is any indication, Barker and Bruckner’s adaptation of The Night House for Hulu is going to be just as spooky as its 1987 predecessor. While it’s likely that the majority of potential viewers are fans of the Hellraiser movie series, readers should nonetheless be pleased to learn that the actress’ portrayal of the bloodthirsty Hell Priest appears to be even more true to Barker’s original work than Bradley’s. Viewers can probably anticipate a faithful return to form for the venerable horror franchise when the full Hellraiser official trailer debuts.