Caitlin Sellers, the fiancé of Will Zalatoris, posed an absurd question before to his PGA comeback 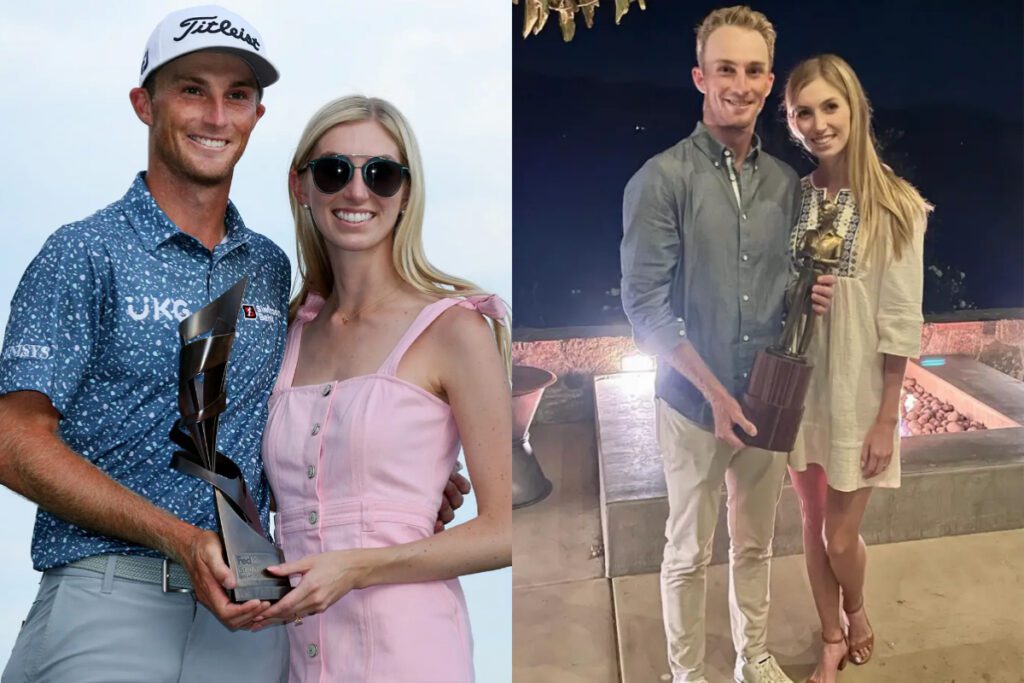 There were a few oddities during Will Zalatoris’ unforgettable weekend in Memphis.

After a difficult first round on Thursday, Zalatoris’ fiancee, Caitlin Sellers, asked a “hilarious” question. This was before the 25-year-old golfer won the FedEx St. Jude Championship on Sunday, marking his first PGA Tour triumph.

He told Golf.com, “I kind of had a hilarious talk with my fiancée about it because she asked me on Thursday night what my plans were if I didn’t make the weekend. She meant that in all good fun.” After shooting one over par in the first round at TPC Southwind, Zalatoris improved with scores of 63 on Friday, 65 on Saturday, and 66 on Sunday. In a three-hole playoff, he went on to defeat Sepp Straka.

It has taken a while. All of you who have helped me along the way are appreciated. Quite the week. Let’s keep it going,” Zalatoris wrote on Instagram after the victory.

Sellers joined Zalatoris for the celebration on the green, when a picture of the two clutching the trophy was taken. In the current FedEx Cup rankings, he is ranked first, followed by Scottie Schefler and Cam Smith.

Thursday in Wilmington, Delaware, the BMW Championship, the second competition in the series, and the TOUR Championship follow. When Zalatoris hits the links again, it’s likely Sellers will be by his side. Engaged since April 2021, Sellers has long supported Zalatoris’ career, including the moment he was named the PGA Tour Rookie of the Year.

“Thank you everyone for the kind words for winning Rookie of the Year. What a really cool way to end a wild ride from 2020-2021,” Zalatoris wrote on Instagram last September.

“This wouldn’t be possible without the support of this special girl, my family, my team, and my sponsors. Excited and motivated as ever to make 2021-2022 even better.”