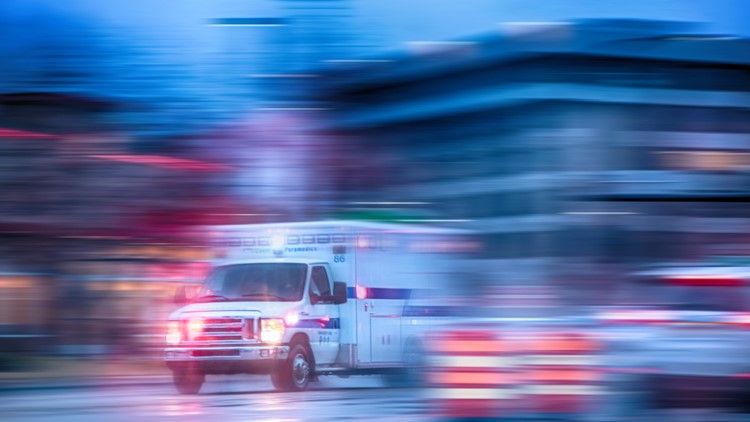 After being shot, Byron Redmon, a resident of Texas, passed away on Saturday in a hospital in Dallas. He allegedly shot a woman, the bullet allegedly went through her neck and injured him in the leg.

Authorities in Dallas responded to reports of a shooting in the city’s Medical District, according to People News. Byron Redmon, 26, and another woman were discovered wounded by gunfire at the location.

The preliminary investigation determined at the apartment, the male, Byron Redmon, 26, shot the adult female victim in the neck. The bullet then exited and hit Redmon in the leg. Redmon died at the hospital.
The investigation is ongoing under case number 137373-2022 https://t.co/rVDhHN0sM6

What do we know about the death of Byron Redmon?

The reason for the shooting is still unknown, according to the authorities, and the investigation is ongoing. According to WFAA, the unnamed woman received care at the Dallas hospital as well. Since then, they have freed her from their custody.

According to Sunday Press Release, Dallas police responded to reports of at least one shot being fired in a Medical Block apartment at around 11:30 on Saturday.

Law & Crime (Alberto Luperon) – Man shoots woman in neck, but the bullet exits and kills him, Texas cops say. Byron Redmon, 26, is accused of shooting a woman in the neck at an apartment along the 2200 block of Medical District. 🤔"Isn't that something!" pic.twitter.com/D8Oxt93edP

Authorities arrived at the scene and found evidence of a violent battle even though the apartment was unoccupied.

Dallas Police Department spokesperson Juan Fernandez recounted what first responders saw at the site in the news release. He stated:

“(There was) a large amount of blood and a blood trail.”

Later, according to Dallas News, officers received a call from a neighbouring hospital stating that Byron Redmon and the unnamed woman were in a car close to the facility. Police received confirmation from the hospital that both had been shot. Redmon suffered a leg wound while the woman was shot in the neck.

Investigators believe that a domestic disagreement may have led to the shooting. Prior to the strange event, there is conjecture that Byron Redmon may have intended to kill the woman, but police are also looking into the possibility that the gunshot was the result of an accidently discharged weapon.

Following a string of shootings throughout the country, Byron Redmon’s passing serves as yet another illustration of the pervasive gun violence in America. The CDC estimates that Texas saw approximately 4164 firearm deaths in 2020 alone.

The evil doer found out the hard way that guns and bullets don’t have any friends.

For the Rest In Peace crowd:

Save it. He’s now in hell where he belong.

Due to prominent mass shootings that have occurred this year in Texas, New York, Illinois, and Oklahoma, the topic of gun violence has gained more attention. According to an FBI analysis, residents of Texas bought 150,464 legal firearms in June, more than residents of any other state.

Imagine an America where healthcare is a human right.

Where there aren’t hundreds of gun violence victims each year.

One where corporate greed doesn’t control our government.

Let’s make this a reality.