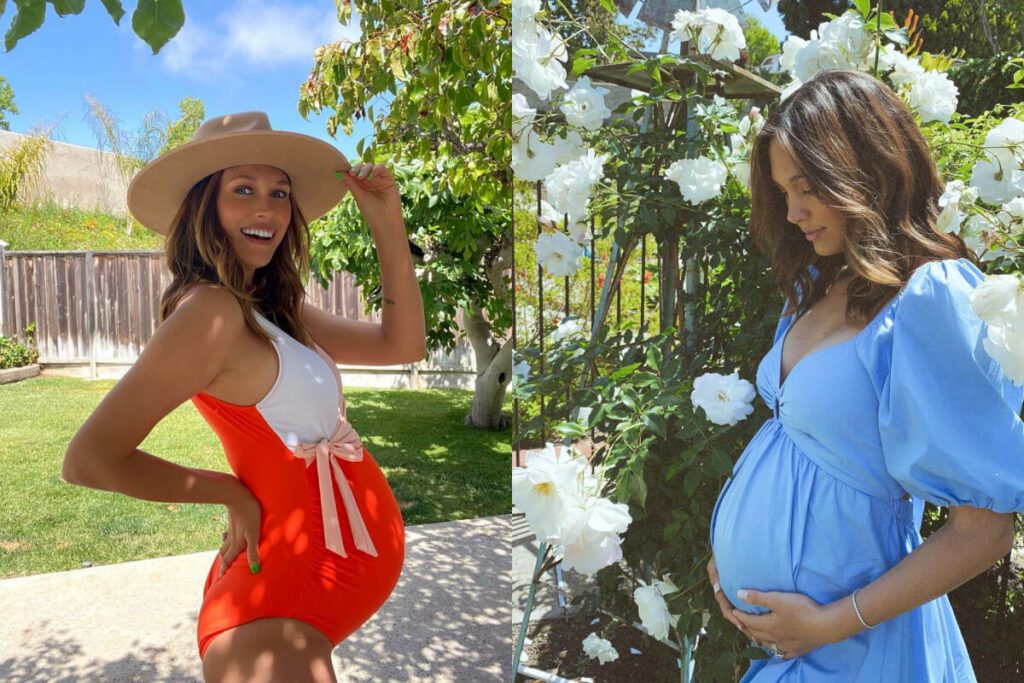 The couple’s caption on a shared Instagram post on Monday read: “We are in love and soaking up all the baby cuddles.”

They said, “Ashtyn loves her newborn brother, Koda is the most kind, sweet-natured dog big sister ever, and mama and baby are doing great.” This large boy eats continuously and is preparing to grow into his father’s Hercules-like frame.

The couple revealed in February that their 1-year-old daughter, Ashtyn, was expecting a younger sibling.

“God is Good!” the “Twilight” star continued at the time. “Babies are the Best! Love you forever and always @brittanylynnlutz.” The couple received a piata to determine the gender of their second child two weeks later. Although there was pink and blue confetti within, it was mostly blue when counted.

The model, who was then expecting, said, “Kellan definitely had me on a roller coaster with this one.

Later in February, Gonzales and Lutz held a party with a sunflower motif to commemorate their daughter’s first birthday.

“The day she came into the world it was snowing, raining and freezing, but that night she was born and we woke up to sun, clear skies and winter melting away,” the new mom told her Instagram followers last year. “It was so symbolic considering [February 2020] was literally winter for our souls only to be met one year later with the brightest sunshine.”

While carrying Ashtyn was a “dream” pregnancy, Gonzales struggled before welcoming her son.

“This pregnancy has been a lot harder on my body physically,” she explained in a May baby bump update. “It’s teaching me to slow down and preparing me for what’s to come.”

Gonzales noted that she and the “FBI: Most Wanted” alum may not want more children, adding, “I’m trying to soak up every moment.”