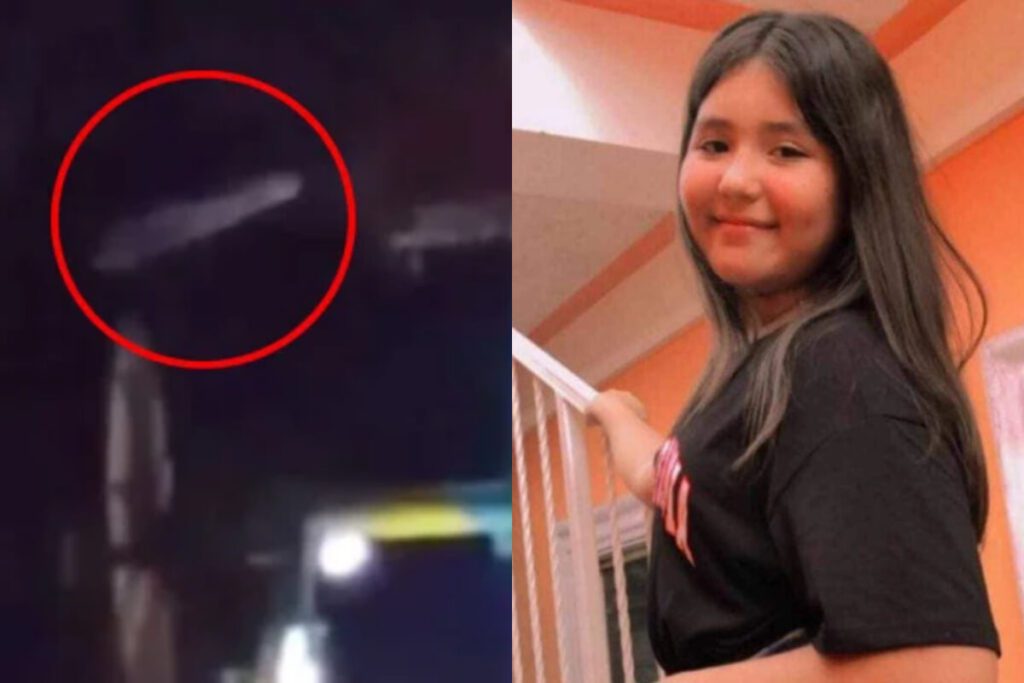 A safety lock is thought to have broken, causing a girl to lose her grip on a spinning fairground attraction and fall to her death.

As her family watched, Britany Fernandez, 13, fell from her seat and was thrown onto a metal bar, which is captured horrifyingly on camera.

The video demonstrates how shortly after the journey began, the rusty lock on the safety bars keeping Britany in her seat appeared to open.

On Sunday night at a carnival in Santa Barbara, Honduras, she was observed holding on to the ride as it swung rapidly around.

The child’s body smacked into the metal platform below, and a horrific thump was heard when her head struck a railing.

Locals hurried to aid her, but when they arrived at the hospital, she had already been pronounced dead from what was thought to be a catastrophic head injury from hitting the iron fence bar.

Before Britany’s funeral on Tuesday, hundreds of stunned school friends gathered for a memorial ceremony.

Her “full of life, joyful, and intelligent” classmates lauded her.

Estefany Pineda, a friend, added: “Britany was usually peaceful and had a lovely demeanour.

“She was always kind. This is so sad that it happened because she had so many dreams in life.”

“Britany was a charismatic young girl, very humble. In the military marching band, she played the snare drum,” he said.

“We are really dismayed about what happened because she was very well loved at the school, which is shown by the more than 300 pupils who have accompanied her family in their devastating loss.”

In order to increase safety, he also demanded that action be taken against the fairground owners.

“We demand that these amusement park attractions have increased security measures to prevent tragedies like this from occurring again.”

According to local media, the fairground has been shuttered ever since the event.

Authorities started an inquiry into the tragedy, but no arrests have been made so far.

According to reports, the ride’s owners blamed the girl’s parents and said they “had the operational permissions.”

“The little girl went up unaccompanied by her parents and she fainted. It is not our fault, we have operating permits,” they said.