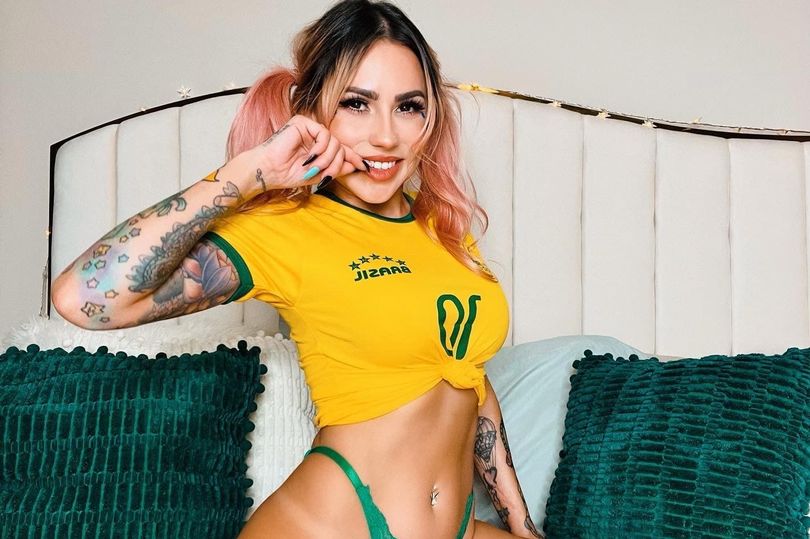 Of course we all want the Three Lions to win the World Cup as we support them against the USA later, but maybe it wouldn’t be so horrible if tournament favourites Brazil won after all.

Mayara Lopes, a former cleaner from Jacare, a small community in Brazil, made an astounding pledge to the Daily Star after seeing her country defeat Serbia 2-0 in their opening game in Qatar.

If Brazil wins the competition, the 35-year-old single mother has promised to give away nudes to 1,000 soccer fans, including disgruntled England fans.

She also claimed that her explicit material would lessen the blow for English fans who had experienced heartbreak in the Euros the year before.

“So don’t be too disheartened England. And of course Brazilians will get the chance to claim those freebies too. The World Cup is such a special event for us. We’re the best in the world but most of our good players are sold to foreign teams so being able to see them all playing together for our country is amazing.

“The World Cup is so important to Brazilians that most employers will let you leave work early to watch the games with your friends and family, it’s literally a party for us. Since I was a little girl I’ve never missed a game.”

After making the heartbreaking choice to leave her son in Brazil to clean mansions abroad in America, Mayara now resides in Florida, US. 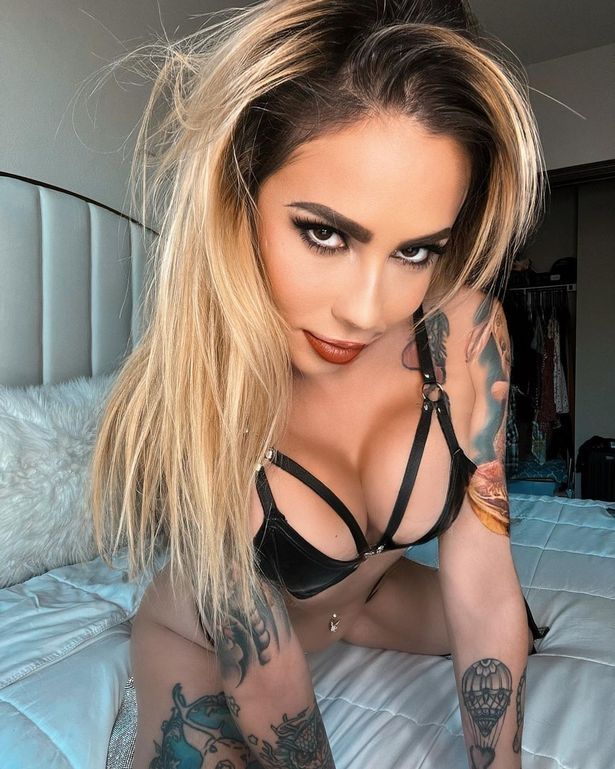 However, she has given up cleaning to regularly make six figures on OnlyFans, and she now provides her teenage son with a “beautiful life.”

She had previously stated that Neymar Jr. was her favourite player, but after the Serbia match, she urgently texted the Daily Star to say that Richarlison was unquestionably the new star. He scored a spectacular second goal.

Mayara’s dedication to the Brazilian team was unquestionable, but she demonstrated her incredible loyalty in the wake of her father’s tragic passing. In June 2010, he perished in a motorcycle accident the day before Brazil and Chile’s match.

And she remembered: “His funeral happened the next day and even though everyone was extremely sad, a lot of people from the funeral left and went next door to watch the game at a bar and came back after. Brazil won that day. At least something happened to make us a little less sad.”

Mayara’s dedication to the Brazilian team was unquestionable, but she demonstrated her amazing loyalty in the wake of her father’s untimely passing. In June 2010, he perished in a motorcycle accident the day before Brazil and Chile’s match.

She now anticipates that Brazil will win the coveted trophy for the first time in 20 years.

She also teased: “My page is pretty hot.” Regarding the fortunate fans who would have free membership to her OnlyFans for a month, They’ll be able to speak with me, access my X-rated content, and receive access to just uncensored content. In addition, I regularly go live on my Facebook, which is a terrific opportunity to get to know me.

The stunning mother expressed her optimism by saying, “Brazilians are huge dreamers, so I am very confident Brazil will win this year. The Hexa has been in our anticipation for far too long. We merit it. Additionally, Argentina started to lose, and as you know, when it comes to soccer, we will always be competitors.