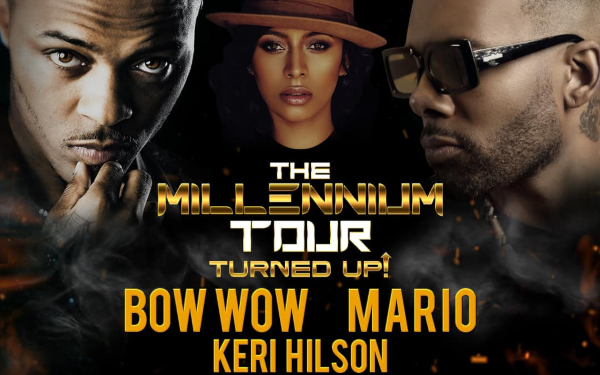 American rap singer Bow Wow has scheduled The Millennium Tour for October of this year. Beginning on October 7 in Hampton, the Millennium Tour will end on November 27 in Oakland. Chicago, Houston, Atlanta, New York, and Miami are just a few of the locations where the tour will stop.

For Memphis Grizzlies MVP season ticket holders, a presale for The Millennium Tour tickets will start on August 18 from 10 am to 10 pm. Email recipients of FedExForum Event Alerts and Grizzlies e-News subscribers can also take advantage of the presale. On August 19 at 10 a.m. Pacific Time, tickets will go on sale to the general public through Ticketmaster.

The Millennium Tour: Turned Up! 2022 Dates

Check out the schedule for The Millennium Tour 2022:

Shad Gregory Moss, better known by his stage name Bow Wow, is an American rapper and performer. After being found by Snoop Dogg in the late 1990s, the musician started his career. At the tender age of 13, the rapper then known as Lil Bow Wow, issued his debut album in 2000.

The performer changed his stage name to Lil in 2003. In 2003, he released Unleashed, his third album. The singer’s subsequent album, Wanted, was released in 2005. Let Me Hold You (with Omarion) and Like You were released as hit singles (featuring Ciara).