Becky Holt, a star of OnlyFans who has numerous tattoos, startled her audience by sharing a close-up video of her most recent vaginal inking.

The 34-year-old, who is frequently referred to as “Britain’s most tattooed woman,” became well-known after spending £35,000 to cover 95% of her body in tattoos in a “tattoo bodysuit.”

She has even had her labia tattooed, and she now claims to have the “most tattooed” private area in the world.

She has a skull tattoo down there, but until now, she hasn’t revealed anything else about her private body art.

The mother of one showed her 79,000 Instagram followers a video of the time she got a new crotch design.

The tattoo artist was seen in between Becky’s legs.

As they applied the design to her crotch, she took deep breaths to get through the pain of it.

Captioning the clip, which has gained more than 646 likes since it was posted on August 18, Becky wrote: “It’s a tough job but someone’s got to do it!

“You may have seen in the press this last week about my ‘world famous tattooed v*gina’.

Round of applause to @pengerzztattoos for putting up with the countless sessions this has taken.”

The news comes after the Cheshire-based OnlyFans actress confessed she sometimes finds it difficult to get intimate with her partner Ben because she is still too swollen in that area a month after getting inked.

The two have reportedly finding it challenging because their sex lives are often highly dynamic, but now it’s all foreplay on him. 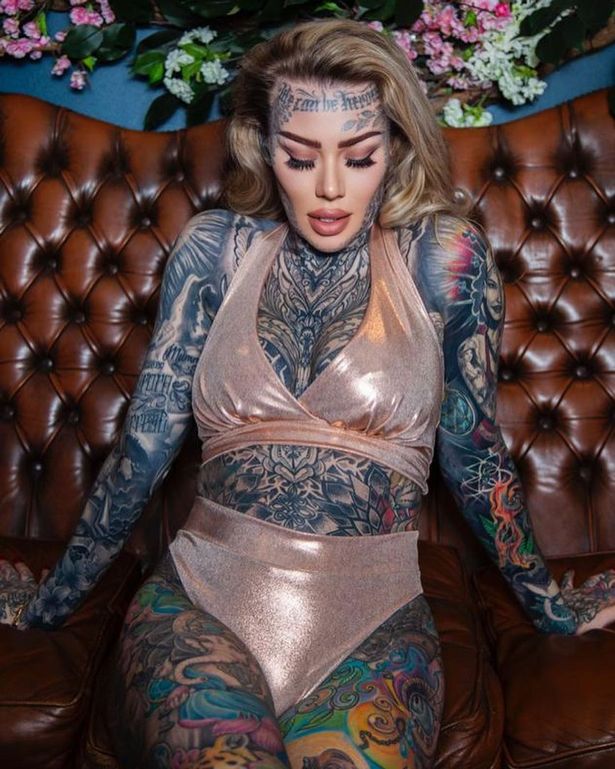 We won’t be allowed to be intimate until it’s healed completely, which will be challenging for both of us because we have a really active sex life, Becky said. Currently, only foreplay for him!

“When I met Ben at a local pub at the start of last year, I was content and confident with my striking appearance – and he sensed that and found it attractive.

“Ben doesn’t have any tattoos at all so we’re opposites in that respect, but we connected over our love of family and finding the fun in every situation.”