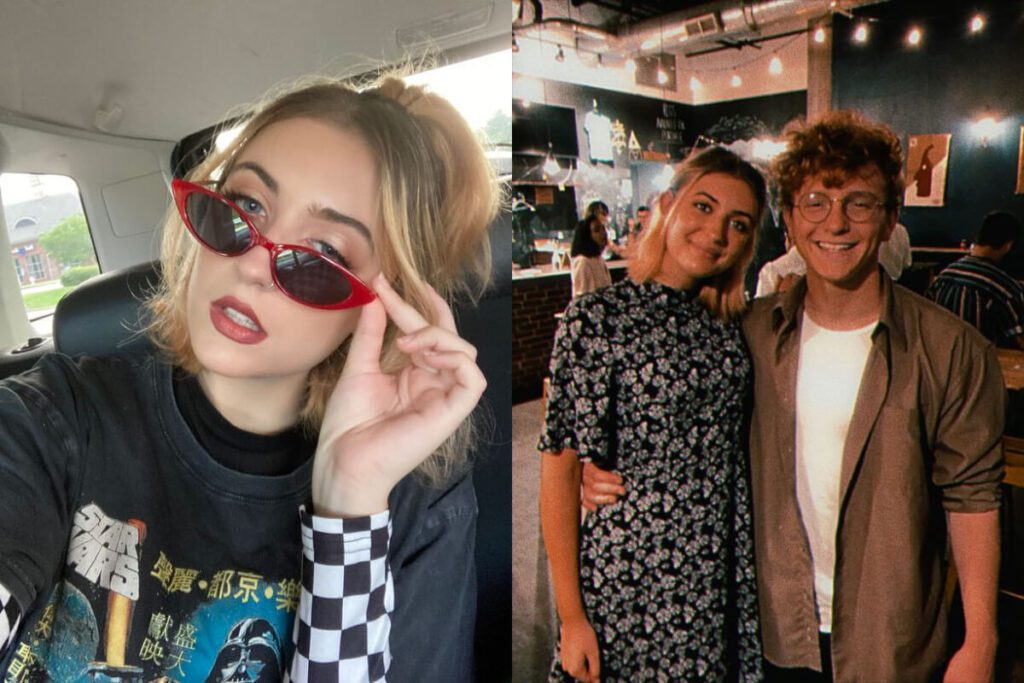 Bailey Krawczyk started to notice that she was different as she entered her teenage years.

When she had her period, the 22-year-old from Alexandria, Virginia, in the United States, was unable to use tampons.

This issue persisted into adulthood since the sanitary items gave her excruciating agony.

Her vaginismus was discovered in 2020, proving that the videographer’s suspicion was accurate.

Vaginismus is a widespread yet underreported illness that impacts 5–17% of women globally.

When faced with penetration, it compels the vaginal muscles to contract, resulting in excruciating agony during sexual activity or when putting on tampons.

She understood that the widespread misconceptions about sex for women and her fervent Christian upbringing may have contributed to the development of vaginismus in her.

She had previously connected sex with sin and had an irrational fear of penetration.

Problems were further made worse by worries that losing her virginity would hurt and result in “bleeding.”

Although some patients find these procedures intimidating, Bailey is adamant about taking back control of her body, and her longtime partner, 22-year-old Josiah, is by her side at all times.

She said: “I grew up in a strict religious environment, where I associated sex with sin and pain.

“I also remember being taught in school that sex was going to be painful, or even being told by older women to just ‘loosen up and have a glass of wine beforehand.’

“I count myself really blessed that I have a partner that is so supportive. He’s here to work through it with me and communicate with me.

“Our relationship isn’t based on my ability to have penetrative sex. Sex doesn’t just have to be penetrative.

“That’s been a huge part of helping me to overcome my condition.

“At the beginning of my sessions I could not insert a tampon and about two months and I was already seeing major progress in moving up dilator sizes.

“Having a therapist to explain and help you understand your condition is extremely helpful.”

The Instagram star wants to use her platform to normalise the illness and offer guidance to those who are experiencing it.

Numerous guys who want to support their partners who have vaginismus have also written to her in their hundreds.

Bailey is happy to have provided a safe environment for couples to discuss female arousal and reproductive systems.

Bailey added: “The biggest frustration for me is that a lot of people don’t know that vaginismus exists. So many women have reached out to me who are experiencing pain and I’m the only one who’s been able to give them information.

“Even when they go to the doctor, they’re often misdiagnosed and not actually given proper help.

“It’s really frustrating that women are feeling shame about their vaginas, thinking that something’s wrong with their body and that’s just not true.

“I’m frustrated at how little it’s talked about and how often women are misdiagnosed and told to get over the pain.

“Women shouldn’t have to suffer through sex. This is something that is completely curable.