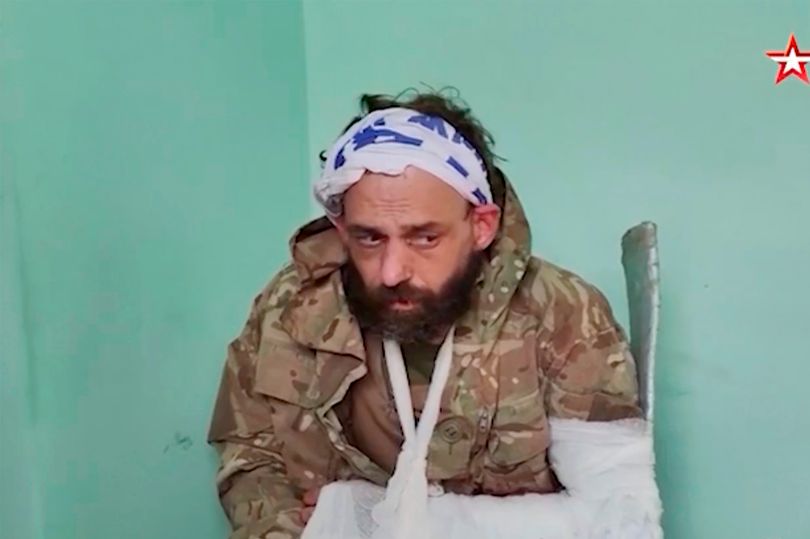 Due to the incompetence of his commanding authorities, a British citizen aiding Ukraine in its conflict with Russia was captured by opposition forces in April, according to soldiers serving in his former unit.

Andrew Hill, 35, was arrested close to Mykolaiv four months ago and was recently put on display in a show trial in rebel-held Donetsk alongside four other suspects, including two additional Britons.

They could receive death sentences due to their alleged mercenary status.

The same court had earlier this year executed two other British volunteers and a Moroccan.

It has since been revealed that Andrew was taken after being told to defend a position that another unit had previously abandoned because of intense Russian fire.
The Kyiv Independent made the allegation as part of an investigation that exposed the International Legion of Ukraine’s bad military tactics, corruption, and bullying.

The publication said that Andrew’s commanders did not take their advice into consideration and instead dispatched a different force to the same location during the combat near Mykolaiv.

“The story repeated itself, but this time with four killed, multiple injured, and one taken captive.”

The International Legion was created by Ukraine to attract military expertise.

Some volunteers are former British Army soldiers but others – like Andrew – have no military background.

Former members of the British Special Forces have said that they left the Legion earlier in the conflict because they were concerned about being used as cannon fodder.

According to the newspaper, the Legion has about 1,500 fighters and is divided into two divisions, one of which is commanded by the Ukrainian army and the other by the nation’s GUR intelligence agency.

The GUR unit is the subject of the report’s concerns, and one of its commanders is allegedly a Polish criminal wanted for money laundering.