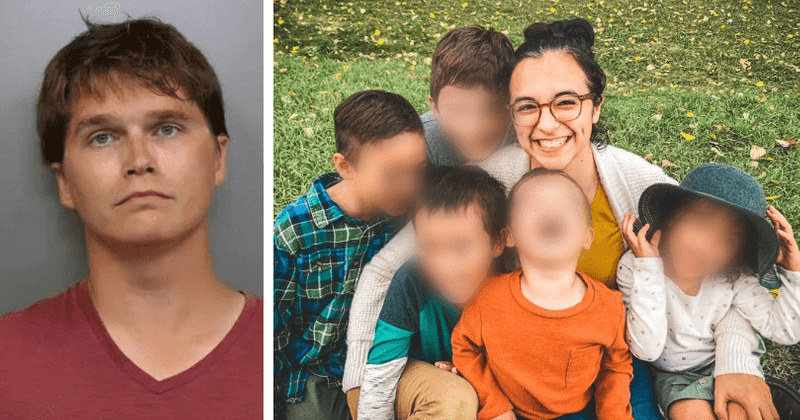 According to the Marshall County Sheriff’s Office, a lawyer allegedly beat his ex-wife to death in Minnesota on Tuesday, August 23, while she clutched the youngest of their five children and two others yelled for help.

After being attacked by her husband Anders Odegaard, Carissa Odegaard, 31, passed away from a severe head injury in front of her shocked children. The couple filed for divorce last year, according to court records. The younger child, age 2, was traumatised to the point where he was unable to answer to deputies’ queries.

According to Fox News, the police complaint stated that two of the boys raced outside, asked a passerby to call 911, and then informed him that their mother was in need of assistance due to severe bleeding, according to the police complaint. The first responding deputy discovered 31-year-old Anders in his underwear in the kitchen, covered in blood on his face and hair. At a pool of her own blood, the wife Carissa Odegaard lay motionless in a doorway. Anders responded, “I don’t feel right,” to the deputy’s request for an explanation. The deputies noted that after speaking with the kids, Anders was reported to have objected to Carissa taking their children to church during the custody issue, which led to a brawl.

Authorities claim that the 9-year-old boy told detectives that just before he fled outside and called for help, he witnessed his father slash his mother in the head with a knife or spatula. The young youngster also claimed to have witnessed his father hitting his mother in the past. According to the complaint, three boys—aged 9, 8, and 2—were inside during the incident while their other two brothers were outside in their mother’s car. Investigators learned this information from the 8-year-old child who also saw the attack and claimed his father “was on top of her (Carrisa) choking her.”

On Thursday, August 24, doctors at Sanford Hospital in Fargo, North Dakota, declared Carissa Odegaard brain dead. So that her organs could be donated, she was maintained on life support. The couple was legally separated on September 16, 2021, according to court records, after getting married in May 2011. Although Carissa Odegaard was awarded physical custody, the children would reside with her despite the fact that the parents were given joint legal custody.

From June to September 2021, according to Fox News, Anders worked as an attorney for the Mercer County State before being let off. In Stark County, North Dakota, he served as a public defender for three months before being discharged once more. Before returning to Minnesota, he later engaged in private practice.

Anders would be sentenced to 40 years in jail if found guilty of the second-degree murder accusation. Since “the victim was treated with exceptional harshness” and there were numerous young witnesses, the prosecution is also requesting further charges. On Thursday, August 24, Anders appeared in court and was given a $5 million conditional bond.