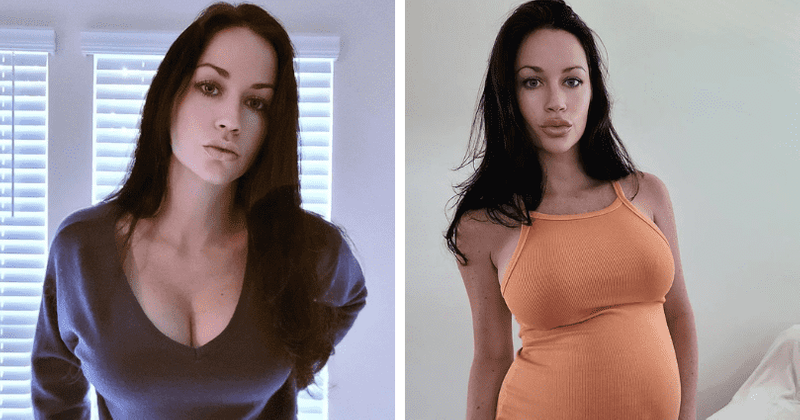 It was discovered the next morning that an ex-teacher had become pregnant by one of her former pupils. After going out to a nightclub to celebrate and returning home with a handsome stranger, Amy Kupps became pregnant. However, it turned out that the teacher-turned-OnlyFans model had in fact already met the man – in her classroom.

Once her lover confirmed their relationship by referring to her as Miss Kupps, everything clicked. Having previously made news for being a “proud mistress,” the 33-year-old North Carolina native is no stranger to love problems. The “home-wrecker” is currently preparing for the birth of her third child, however.

She also intends to record the delivery in order to share the experience with her 96,000 Instagram followers and other enthusiasts.

The now six months pregnant mother added, “I’m doing it so I can share the experience with my fans.

“I’m going to ask the midwife to assist me with the filming. I don’t want to find out the baby’s gender before it is born, so it will be a surprise,” she continued. But I believe and am hoping it is a girl. The newborn should arrive around the end of October or the beginning of November.

“As a former educator, I miss some facets of the work, like imparting knowledge…

I’ve studied science and health in addition to my previous coursework.

“Some may look at it from a fetish standpoint but I’m looking at it from an educational standpoint the last time I seen a birthing video was from the 70’s in Junior High School.

“I’m sure that video still circulates in schools.”

But while some followers were supportive, others slammed the announcement.

“Lovely belly,” wrote one fan. A second commented: “Hot mama.” However, another social media user said: “The fact you’re trying to grab attention from this is straight f***ed haha.”