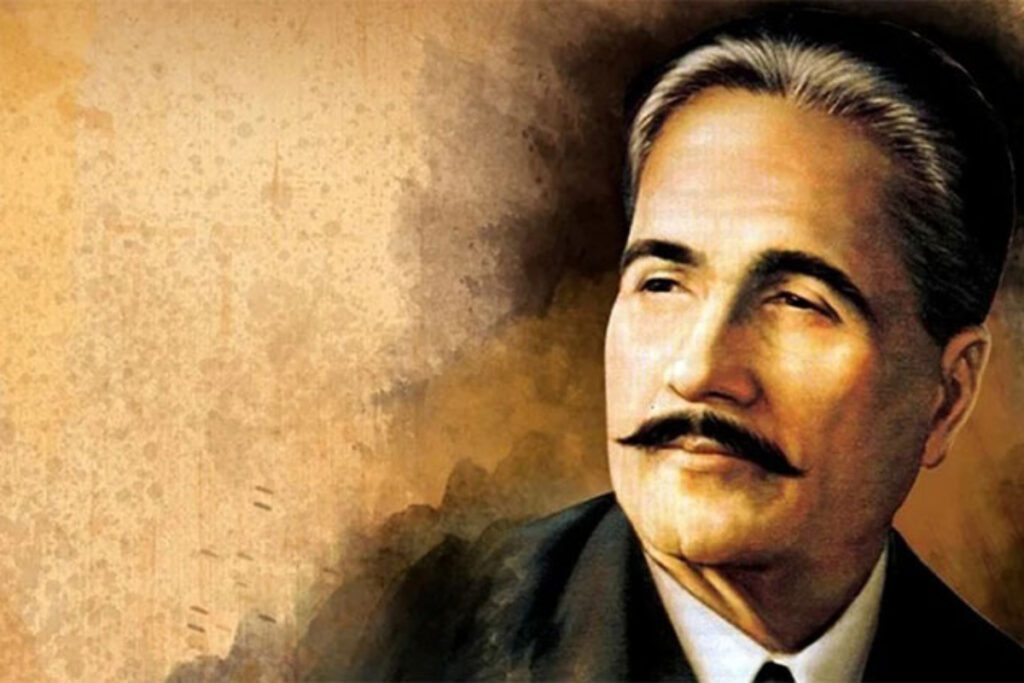 To commemorate “Iqbal Day,” the 145th birth anniversary of Dr. Allama Mohammad Iqbal, the federal government has declared November 9 (Wednesday) a national holiday throughout the nation.

An official announcement stated, “The Prime Minister has been pleased to demand that November 9 (Iqbal Day) shall… be honoured as a Public Holiday.”

Millions of Muslims throughout the subcontinent were greatly influenced by Dr. Iqbal in their quest for a free-practicing homeland for Islam.

The day would begin with special prayers offered at mosques for Pakistan’s development and prosperity.

Dr. Iqbal was born in Sialkot on November 9, 1877, and is frequently referred to as the “Poet of the East” in Pakistan and other areas of the world.

Iqbal was a well-known poet and thinker. He is recognised with creating poetry and using his political clout to call for the establishment of a Muslim homeland apart from other nations.

His speech at Allahabad in 1930 marked a turning point in pre-partition politics.

In his speech, Allama Iqbal gave Muslims on the subcontinent a defined goal and distinct identity: Pakistan.

At his tomb in Lahore, a ceremony to change the guard will also take place. 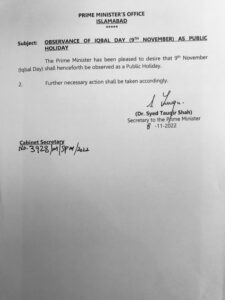 The notification reads “The Prime Minister has been pleased to desire that 9th November (Iqbal Day) shall henceforth be observed as a Public Holiday.”

All school, colleges, universities, banks and offices will remain closed.