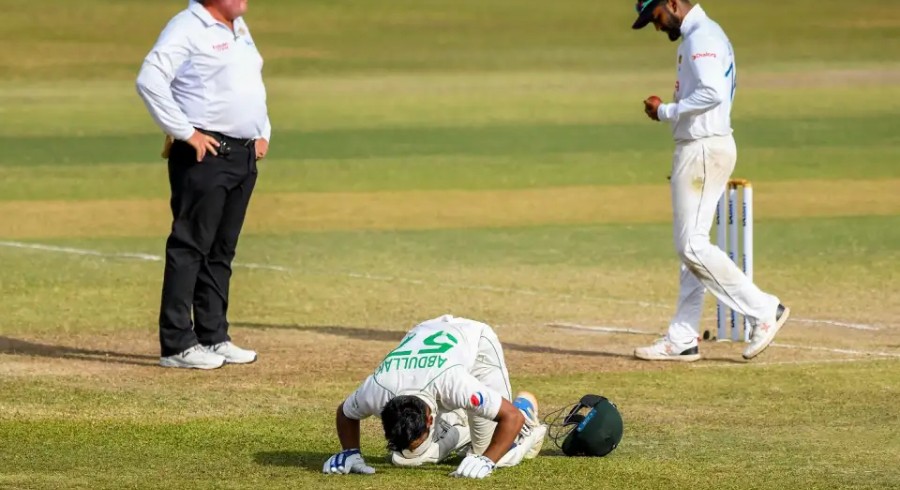 Abdullah Shafique has solidified his place in the record books after scoring an outstanding century while attempting to reach a lofty aim of 342 runs.

In the first six Test matches, the opening batsman has surpassed the legendary Javed Miandad for most runs scored.

Shafique, who is unbeaten at 112 on Day 4 Stumps, has the chance to put even more distance between himself and Miandad.

With 652 runs in the first six Test matches, Miandad owned the record. Shafique, on the other side, has already scored 672 runs and will likely score more on Day 5.

Pakistan now has 7 wickets in hand but is 120 runs behind. No side has ever defeated Sri Lanka in Galle by chasing a 200+ run target, hence this victory for Pakistan will be historic.