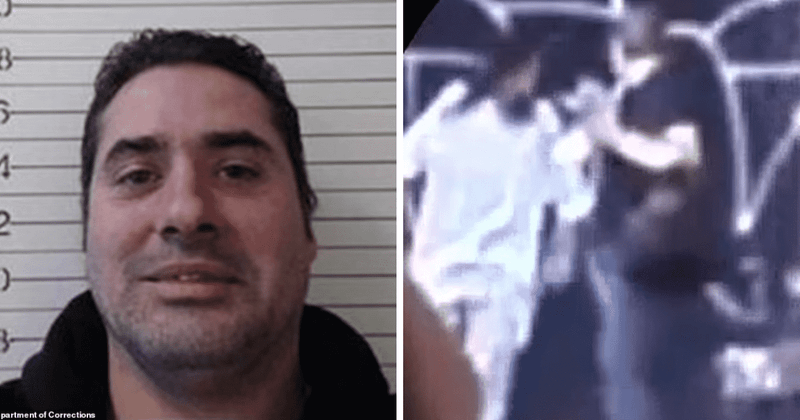 A 66-year-old crippled man was battered to death in Seattle with a homemade weapon, allegedly by a serial offender who had been just released from jail after being found not guilty of another offence. On Tuesday, August 2 in downtown Seattle’s notoriously violent and drug-filled Third and Pike neighbourhood, horrifying surveillance video captured a guy, later identified as Aaron Fulk, 48, hitting 66-year-old Rodney Peterman with a metal rod, according to KOMO.

The prosecution claimed during the court case that Fulk continued to beat Peterman, who was wheelchair-bound and used a walker, even after the victim hit his head on the ground and lost consciousness. Medical reports state that the victim’s skull was shattered as a result of at least three blows to the temple and rear of the head. When a good Samaritan stepped in and pulled Fulk back, the beating stopped.

Loren Page, who interfered in the attack and said, “No one deserves to be savagely beaten like that,” said KOMO. “I’m sorry for missing it; earlier there was another club strike. That is not acceptable. No city should experience this. We ought to take action in this regard.”

Peterman was given CPR by bystanders in an effort to revive him, but he was unable to do so and passed away four days later in the hospital. Fulk was detained by police as he tried to leave the crime site. The attack’s motivation and Fulk’s relationship to Peterman remain a mystery, though.

However, if it weren’t for the deeds of Pierce County Superior Court Judge Philip Thornton, Fulk might not have been seen walking around at all.

Just eight days prior, Fulk was freed from prison following a conviction for criminal harassment for threatening to kill a local employee. The judge released him and merely ordered him to refrain from committing any additional crimes, rejecting the prosecution’s demand for a $10,000 bail.

As a result of Fulk’s claimed activities, judge Thornton’s decision has now aroused outrage, and he has become a symbol of Seattle’s ostensible refusal to take tough action against severe crime. Thornton is one of many judges throughout the nation who are enabling criminal offenders to return to the streets with no bond by implementing weak bail standards in their cases.

Fulk allegedly threatened to kill the officer “a million times over” and said, “If I have to go to jail for it, I will.” according to court filings. Was it your purpose to kill him, the officer subsequently questioned? Ah, absolutely, forever,” Fulk said in response.

In the charging document, which was obtained by the Seattle Times, Senior Deputy Prosecutor Gretchen Holmgren stated that “the defendant admitted to officers that he was trying to kill the victim, and while acknowledging the victim was the first that he attacked in this manner, [he] made it clear this victim would not be his last.”

Adrian Diaz, the chief of the Seattle Police Department, has expressed his worry with the release of Fulk and other serial offenders by judges. “If someone is causing harm to our community, we can’t just let them go. If someone else is being victimised by them. There must be accountability and there must be procedures in place. That is a serious issue. They hurt our neighbourhood, “added Diaz.