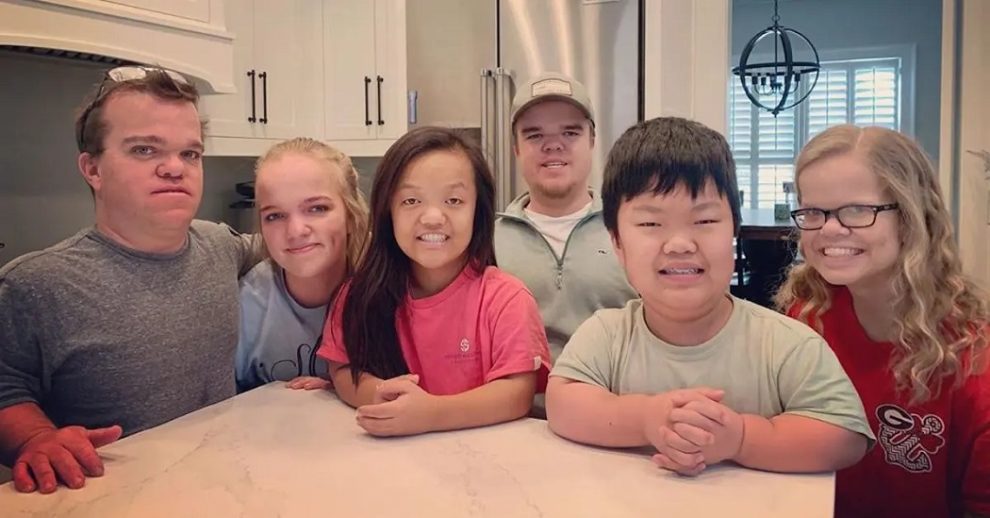 On Tuesday, August 16 at 9 p.m. EST, the ten-episode new season of 7 Little Johnstons will premiere. The Johnstons entertained a Finnish exchange student named Joose Jeskanen last season, but things will be very different this time around. Season 12 will focus more on the lives of the Johnston kids, who are all at different stages of development, to examine how they are coping with their emotions and the people in their lives.

Trent and Amber Johnston’s family, which includes their five children Anna, Jonah, Elizabeth, Alex, and Emma, is chronicled in the documentary 7 Little Johnstons. They are a family with achondroplasia, the most prevalent type of dwarfism in the world. They also want to live normally as a family and refuse to let the disorder drag them down.

What will season 12 of 7 Little Johnstons be all about?

The focus of the upcoming seventh season of Seven Little Johnstons will be on the individual lives of Anna, Jonah, Elizabeth, Alex, and Emma. The first episode of the show, titled Eyebrows and Anxiety, will feature Emma’s birthday celebration. Following that, she and her sister Anna decide to undergo a full makeover as they are both teenagers.

In addition, Liz and Brice are ready to commit to each other forever and advance their relationship. Things get difficult, though, when they meet Trent and Amber since their parents do not support their decision to remain together for traditional reasons. Jonah, who has been dealing with anxiousness, will, on the other hand, return to his parents’ home and have a heart-to-heart talk with them.

Is this the final season of 7 Little Johnstons?

The focus of the upcoming season of 7 Little Johnstons will be on the lives of the five children: Anna, Jonah, Elizabeth, Alex, and Emma. Eyebrows and Anxiety, the first episode of the programme, will feature footage of Emma’s birthday celebration. Fans were concerned about the future of their beloved programme, 7 Little Johnstons, when the majority of long-running shows were cancelled last year. When cast member Emma uploaded a Q&A session on her social media and a fan inquired about the status of the show’s return, the rumours gained even more credence. The fan’s question was answered in an ambiguous manner by Emma.

The family is reportedly filming 20 more episodes at that time, though. Given that the majority of the episodes in each season of the show are

On August 16 at 9 p.m. EST, viewers can watch the launch of 7 Little Johnstons on TLC as well as on Hulu with Live TV, YouTube TV, Sling TV, and fuboTV.