2 French tourists killed and 3 injured in plane that crashed into Lake Powell, killing 2 and injuring 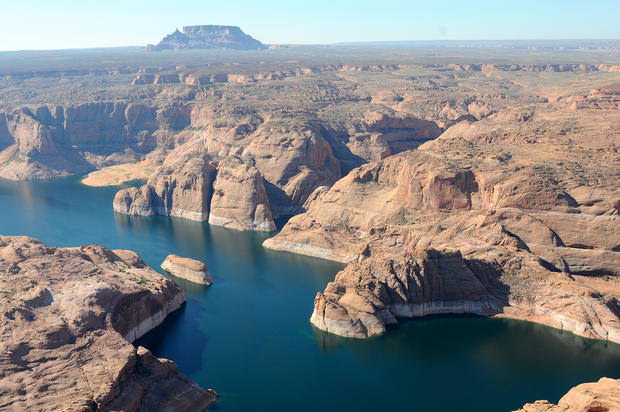 Six French tourists and the pilot were aboard the small plane when it crashed into a lake near the Arizona-Utah state boundary, killing two and wounding five, according to police.

Witnesses claimed to have seen the jet leaving Page crash into Lake Powell close to Face Canyon just before 5:30 on Saturday, according to Kane County Sheriff’s officials in Utah.

The single-engine Cessna 207’s pilot reported an engine issue prior to the crash, according to a statement from Federal Aviation Administration officials.

Authorities in Kane County reported that two passengers perished in the plane, which was submerged in 120 feet of water.

Sheriff’s officials reported that divers from the Utah Department of Public Safety were attempting to collect the dead. It has not yet been made public who the deceased and injured are by name.

According to the authorities, four passengers were rescued from the water and put into boats following the crash by the pilot and witnesses.

According to them, two persons with minor injuries were transferred by boat to Antelope Marina and subsequently brought to Page Hospital, but three passengers allegedly sustained critical injuries and were airlifted to St. George Regional Hospital.

The National Transportation Safety Board and FAA are both looking into what caused the collision.

The U.N. warned earlier this month that Lake Powell, the second-largest artificial reservoir in the country, is dangerously close to approaching “dead pool status” with its water levels at their lowest ever. The lake was last completely full in 1999, however this year’s water levels are significantly lower than they were.